The NT Titles are all done and dusted and what a weekend it was.

Darwin contestants started rolling in Thursday with the majority arriving Friday. It was like a circus at the Surfy. Tents and campers everywhere.

Friday night was an awesome night. Nhulunbuy Rotary decorated our new outside kitchen and cooked up a storm, allowing us time to socialise. Thanks heaps. Such a great organisation. Such a great bunch of people.

On Saturday morning the beach sprints commenced at Middle Beach after a Welcome to Country by Melanie Herdman.

The competition then returned to Town Beach and ran until late in the afternoon.

Saturday night we really ramped things up starting with a bunggul, something that a lot of our visitors had never seen. We had live music thanks to the 'Rock 'n' Roll Rejects' who did an amazing job donating their time and talent to ensure a successful night. The really do rock!!!!

We had a jumping castle thanks to Nhulunbuy Corporation and food vendors serving up a sensation range of food.

The beach flags under lights was more successful than even we expected. The grandstands (again thanks to the Nhulunbuy Corporation) were jammed packed with people watching and cheering. For a lot of people from town it was their first exposure to flags and everyone thoroughly enjoyed it.

We had the footy playing on the big screen as well. Every single person was catered for.

Sunday competition kicked off early at Town Beach with some very stiff competition. Competition ended around 3-00pm giving people time to freshen up before the medal presentation.

So how did things turn out?

Overall there were 112 different events that ran over the two days. The Gove nippers did extremely well grabbing what seemed like the majority of the awards. Our SRC/ Bronzies and Masters did an awesome job and made us all proud.

Next were the Age Champion awards for each age category.

And the winners are:

What an outstanding effort from these up and coming lifesavers of the future.

The next award and I think the most memorable award of the night, the TJ Tilly award was announced.

The recipient of this award is chosen by the Carnival Referee from the Under 11's, Under 12's and Under 13 age categories.

This award is not about ability but determination. It's about getting in and having a crack, despite how tough it is without complaint or withdrawing. It's about attitude both personal and towards their own team and the other teams competing. It's about being a good sport at all times.

This is a prestigious award that deserves recognition. It epitomises what it is to be Australian and to be a lifesaver. Giving and expecting nothing in return.

The very deserving winner was our very own Grace Hall.

The look on her face was absolutely priceless. Congratulations.

There was not a person there who did not agree 100% with the decision.

Then came the last three awards.

And the overall Champion Club in 2017?

The Sunday night celebration went on till late with stories told, memories shared and plenty of dancing. Don't forget the dancing!

Thanks to Darwin and Mindil Surf clubs and Ellis Beach for making the trip and making all the hard work so worthwhile.

Thanks to everyone who helped out behind the bar and to those volunteers who worked tirelessly behind the scenes. Without your help we would have struggled.

To Rob Stewart. Thank you for your tireless work does not seem enough. Great bloke. 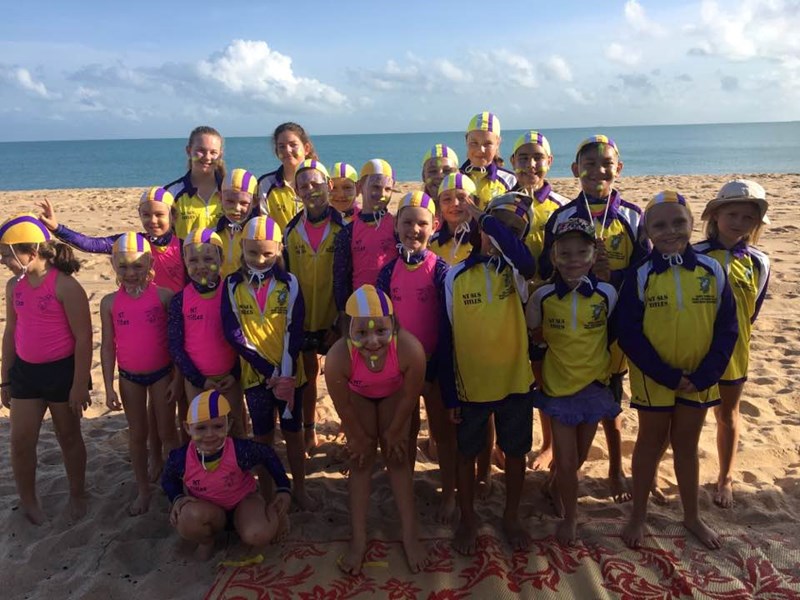